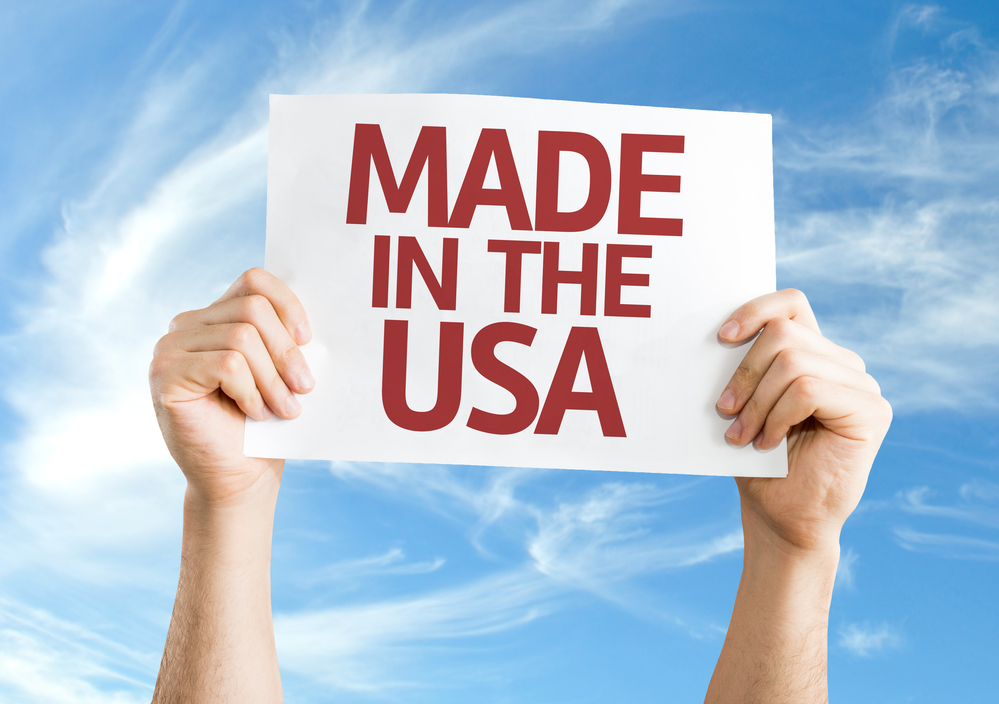 Nectar Settles "Made in the USA" Lawsuit.

Buying a mattress made in the USA comes with a lot of benefits. For starters, buyers can have peace of mind knowing that their new mattress was designed with environmentally conscious practices and high manufacturing standards. Plus, shopping for American-made beds helps create jobs for people around the country and stimulates the economy.Not to mention, a legitimate "Made or Assembled in the USA" label brings to mind an instant sense of pride. The long history of the decrease of the country's manufacturing sector and the damaging effects on U.S. employment has resulted in a high level of sensitivity and emotion around this topic. Products that have labels reading "Made in India" or other countries are often linked to the lower safety and quality standards, substandard working conditions, and decline of the American citizens' middle class.In this article, we'll talk about the Nectar DreamCloud mattress lawsuit, what got the company into trouble with the Federal Trade Commission (FTC), and some of the important take-aways from the settlement.

Nectar Brand Advertised Their Beds Were "Made in the USA"

On October 8, 2021, Resident Home LLC (Nectar Sleep's parent company) and Ran Reske, its owner, paid $753,000 to settle FTC charges of false, misleading, and unsupported claims that their Nectar DreamCloud mattresses were designed from 100% USA-made materials. This was the second time the Federal Trade Commission had scrutinized the company for making false claims about its mattresses' origin. Resident Home LLC had previously agreed to an FTC administrative order in 2018 resolving allegations that it wrongly advertised imported beds as "Assembled in the USA."Following this order, Ran Reske stated under penalty of perjury that his company had never made U.S - origin claims about its Nectar DreamCloud mattresses. This proved to be false. According to the FTC, for a mattress to qualify as one designed in the U.S., a company must mention any foreignparts, ingredients, or materials or processing that happens in other locations than the state in a way that customers can find. This policy's definition of the U.S. includes all the 50 states, the United States territories and possessions, and the District of Columbia.The product's final assembly must also take place in the U.S. The Federal Trade Commission also considers other factors like how much of the mattress' manufacturing costs can be linked to the United States parts and processing as well as the amount of foreign content in the finished product.Contrary to what Reske stated, Nectar mattresses were finished overseas and wholly imported. In a statement, the Director of the commission's Bureau of Consumer Protection, Samuel Levine, said, “Baseless claims that products are made in the USA hurt not only consumers but also honest businesses that build their products here. Unfortunately, we see too many repeat offenders like Resident Home, but thanks to the FTC’s recently finalized Made in USA Labeling Rule, companies that abuse these labels will face civil penalties in addition to other relief." He further assured Americans that they wouldn't hesitate to take harsh actions against Made in USA fraud.In another statement by Resident Home LLC to Furniture Today, the company claimed that they had complied with the 2018 FTC charges and removed all the U.S - origin claims across their Nectar website and other promotional materials. The company also stated that following the 2018 settlement, an outdated web page with incorrect information that DreamCloud mattresses were 100% made in the U.S.A was mistakenly republished on their website. However, upon notice, the page was removed from the website, and the company took measures to prevent such a mistake from happening again.

Nectar Must Change Their Advertising

Under the terms of the proposed court order obtained by the Federal Trade Commission, Nectar Brand LLC, its officers, and other representatives are prohibited from making unsubstantiated or misleading country of origin claims that deceive consumers. These claims also harm law-abiding mattress brands whose sales were siphoned due to this behavior. They'll have to change where their mattresses are actually made, marketing materials about their products, or change where they get the materials.The order also governs claims that include explanatory information (qualified Made in USA claims). However, any qualified country of origin claim must include a conspicuous disclosure about the degree to which the product features foreign materials or processing. So, to claim that their DreamCloud mattress is assembled in the United States, Resident Home LLC must ensure that the bed's final assembly, final processing, and any other significant processing happens in the U.S.Also, all or virtually all the product's components must be designed and sourced in the United States. This means that the company must make sure the Nectar mattress is last substantially transformed in the U.S., its principal assembly occurs in the U.S., and the State's assembly operations are substantial. Lastly, the order requires Reske and Resident Home LLC to submit compliance reports and inform affected consumers about the order.The Commission vote to give out the complaint and take the consent order was 3-2, with most commissioners giving out a statement. In a joint statement, Commissioner Rohit Chopra, Commissioner Rebecca Kelly Slaughter, and Chair Lina Khan defended the statement saying that it is fairly within the Commission's authority. They wrote, "the proposed monetary relief, far from being a penalty of the sort prohibited by Section 19, is reasonable and well within the FTC's legal authority."Commissioners Noah Joshua Phillips and Christine Wilson, on the other hand, issued a joint dissenting statement. In their dissent, they stated that the settlement was inappropriate because it features monetary remedies that the Federal Trade Commission isn't allowed to pursue. They wrote, "the figure obtained far exceeds any injury suffered by those consumers who saw the deceptive statement and purchased a DreamCloud mattress or any reasonable estimate of damages."The Commission's Enforcement Policy Statement about U.S. Origin Claims provides counsel on issuing Made in USA claims. The Labeling Rule was implemented on August 13, 2021. So, companies that go against the rule can be subject to civil penalties of up to $43,792. The intensified enforcement atmosphere indicated by the settlements is very relevant to the supplement industry due to the various country of origin claims made on supplements. Such unqualified claims open up a company to FTC enforcement and even to a class action lawsuit which can be more of a threat.Note, the FTC only hands out an administrative complaint to a company when they have substantial evidence that the law has been violated and it appears to them that a proceeding is in the citizens' interest. When the Federal Trade Commission issues a consent order based on final findings, it carries the force of law in relation to future actions.

For starters, in the coming days and months, we should expect to witness more big-dollar settlements from the commission and fewer FTC settlements with no monetary relief. To accomplish this, FTC will employ innovative and aggressive methods, such as using Notices of Penalty Offenses.Second, U.S.-origin claims will continue being a priority at the Commission, so marketers should exercise extra caution when claiming that their products were assembled or made in the United States. Also, the FTC clearly lacks patience for repeat offenders. So, if you've got a Commission order in place, you'd better ensure you're in compliance.And finally, don't expect to see a Commission with leaders striving to build consensus. As witnessed in the Nectar mattress settlement, expect to see split decisions, with the Chair and Commissioners issuing diverging statements about the right approach.

Foreign versus domestic production will always be something of economic and national security concerns. Although inexpensive imported products may be appealing to consumers, there are ultimate questions about how the country would make the needed volume of mattresses and other sensitive products should the nations it now depends on for imported goods suddenly become adversaries.We don't deny the fact that the spread of globalization has led to an interconnected global economy. However, there are various reasons why a small concerned percentage of the United States population has an unshakable belief in the slogan, "If you sell it here, why not build it here."