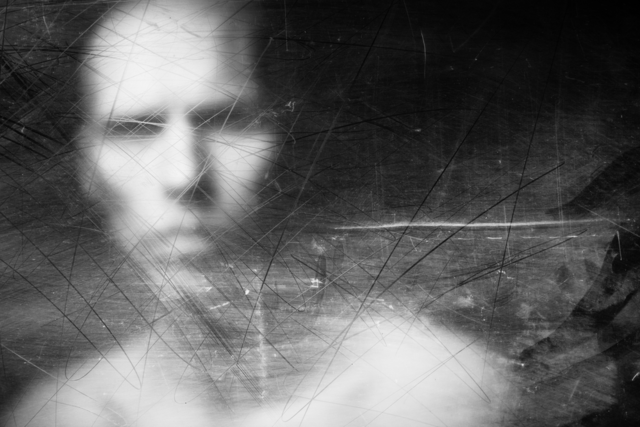 What Is The Russian Sleep Experiment?

While many claim the Russian sleep experiment never occurred, it arguably remains one of the most infamous urban myths ever to circulate on the Internet. So, one of the Russian researchers during the Soviet era steps into a chamber containing five human test subjects. As usual, he expects to find his test subjects, but he's shocked by the horrific scene he meets.

He hears loud screams, which sound more like he stepped into hell itself. In front of him is the body of one of the test subjects that's been eviscerated and ripped up. But as he looks closely, he realizes even his four surviving tests subject's limbs are missing some chunks of flesh. The ends of their fingers showed exposed bones, and their foreheads are sheared of skin.

The researcher panics and wonders what inferno of madness he just stepped into. He panics and starts thinking about what they might have done wrong. The researcher begins thinking, "so beddings and the food weren't that great, big deal. But tearing up your own flesh because of losing a bit of sleep? That's ridiculous.

If you want to learn more about this horrific nightmare scenario, then continue reading for all the deets.

Have you ever thought about what might happen to you if you went sleepless for 30 days non-stop? In the 40s, during the Soviet era, a certain group of scientists set out to find out the results of 30 sleepless days and nights. It was during this period that the Soviet researchers believed they had created a stimulant capable of keeping a soldier sleepless for a long time. That's because everyone nation, such as Germany, the USA, England, etc., we're looking for ways to win world war ii. And the Russian sleep experiment was the Soviet Union's strategic weapon.

Before rendering it safe, they decide to test it on human subjects. And since it was during the World War, finding test subjects wasn't a hassle as there were plenty of war prisoners. The researchers designed the scientific experiment to run for 15 days, upon which they shall have discovered if it's best for use on their soldiers.  While the gas chamber—where the airborne stimulant would be released—was under prep, five prisoners of war were misinformed that if they could make 30 days within the gas chamber, they'll be set free, and so they agreed. Generally, it's the military that sanctioned this Soviet sleep experiment.

The Beginning of the "Horror Movie" inside the Chamber

The Soviet Union researchers locked the prisoners in a sealed chamber. Everything they required, like running water, a toilet, and a bed but without bedding, were in the chamber. The researchers continuously administered the stimulant gas to the test subjects to make them stay awake. At the same time, they would monitor if the oxygen levels were fine. For the first three days, everything seemed ok, and the gas was doing its job as expected.

However, things took a darker turn on the fourth day when the prisoners started speaking of horrors they've witnessed at war, among other increasingly traumatic incidents. On the fifth day, things became much worse when the prisoners fell into psychosis. Apart from talking to themselves, they started seeing things that weren't there. Also, they become paranoid about their fellow prisoners and would often whisper on the microphones in the chamber about other test subjects.

On the ninth day mark, two prisoners started screaming while running around. The screams were so loud that they almost broke their vocal cords. Suddenly, out of the blues, there was instant silence. There was no screaming, and even then, other test subjects stopped talking. The researchers had their worse fears of what might be happening in the chamber.

Though there was an eerie of silence, the scientists could still hear one of the prisoners saying, " we don't want to be free." It was on the fifteenth day that the researchers decided to open the chamber, only to meet a horrific result. One of the prisoners was dead. The dead prisoner was severely mutilated, just like the other four surviving test subjects. Their abdomen was ripped open, and the flesh torn off.

What Happened to the 4 Surviving Test Subjects?

So you might be wondering, " but what happened to the four surfing test subjects?". Apparently, all the five test subjects had eaten their own flesh. Every surviving test subject refused to leave the chamber. Surprisingly, they fought with extreme strength compared to when they walked into the chamber despite their self-inflicted wounds. Moreover, they were so aggressive when fighting back that they tore their muscles from their bones while resisting removal from the chamber. It seemed as if they had superhuman powers.

When asked why they had self-inflicted their wounds, each test subject responded: "I must stay awake." After being removed from the chambers, the surviving test subjects still showed evidence of extreme strength regardless of their lethal injuries and desperate desire to remain awake, and sheer determination to remain alive. Also, they had unimaginable resistance to sedatives with a desperate desire for the gas. One of the things the researchers discovered is that the subjects instantly died when they fell asleep.

Back into the Chamber

By now, two out of the five test subjects were dead. The remaining three were being treated for their injuries in preparation for returning to the chamber. However, a shocking discovery by the EGG monitor showed that each test subject was brain dead. Seem pretty apparent that the gas weapon the Soviet Union developed could mess with the human mind.

One of the three prisoners fell asleep and died instantly just before the chamber was sealed. The lead Russian sleep experiment researcher shot another prisoner. Before the researcher shot the last surging test subject, he asked him who he was. In response, the prisoner said, "I'm the evil, kept in check by sleep and resides in every human mind." And with that, he shot him dead and went on to cover up traces of the Soviet sleep experiment.

Is the Russian Sleep Experiment Real?

Origin of the Russian Sleep experiment

Generally, the Russian sleep experiment is just a horror story, which made its first appearance on a Wiki page back in 2010. The story's username is Orange Soda, but the content's author remains a mystery to date. Wiki is an online platform on which people modify stories they find on the internet and make them interesting, funny, unbelievable, etc. Also, the horrid images associated with the Russian sleep experiment are a modification of random photos on the internet.

Creepypasta is the name given to such horror stories to scare the reader with the gruesome and paranormal incidents in the stories. Essentially, the Russian sleep experiment is one such Creepypasta. Just know that the sleep experiment never took place anywhere in the world, including Russia.

According to the Wiki page on the infamous Russian Sleep experiment, sleep deprivation in conjunction with the airborne gas might have been the reason behind the death of the first 3 test subjects. Generally, there are two types of sleep deprivation, i.e.,

Daytime habits, the nature of your sleeping environment, and disruptions to your regular routines are some of the few reasons behind the lack of a good night's sleep. It's imperative you take immediate action once you've discovered factors depriving you sleep. Common causes of sleep deprivation are;

Surprisingly, the causes of your sleep problems may be related to some medical issues like;

Senior Citizens with dementia are most likely to experience fragmented sleep patterns. Also, according to recent research, the long-haul COVID-19 also seems to cause poor sleep in some individuals.

The modern era consists of individuals dealing with financial and work-related stress and worries. During the day, you're met with constant distractions from all directions. And it's not until at night, when you're alone in your room, that your anxious thoughts start racing through your mind. For example, the health and welfare of a loved one. These constant worries about the past happening and future expectations will most likely sabotage your sleep

Did you know that your daytime activities and habits can significantly impact your nighttime sleep quality? Viewing screens before retiring to sleep, high consumption of coffee, little physical exercise, or a poor sleeping environment are all contributors to poor night's sleep.

Other sleep deprivation-related effects include;

Losing sleep occasionally may sound harmless, but if you look closely under the hood, it has many adverse effects that stretch beyond daytime drowsiness. Sleep deprivation, in the long term, can have a wide range of consequences on your body as a whole. These effects include;

Moodiness and increased risks of depression and irritability, among other mental issues, are the main effects of sleep deprivation. People suffering from anxiety and stress might have difficulties dealing with difficult emotions, especially if sleep-deprived. Chronic sleep deprivation can cause delirium and even hallucinations.

If you aren't getting enough sleep on a long-term basis, chances are, your brain won't function properly. Some of these mental problems include; memory issues, learning and concentration issues, etc. Other aspects of your brain functionality that lack of enough sleep can affect are;

Being sleep-deprived is similar to being drunk, which can impair your motor skills, thus increasing the risk of accidents.

Other effects of being deprived of sleep are;

Signs and Symptoms of Being Sleep Deprived

If you suspect that maybe you're suffering from sleep deprivation, you must seek immediate medical attention. Signs and symptoms to help you identify this problem include;

Though many believe the Russian sleep experiment took place, the truth is that it's just a made-up horror story. The funny thing is that the story has established a solid footprint in the entertainment industry, I.e., produced as a horror movie. Also, there are some books with this experiment's title.

The alleged experiment seems to gravitate towards sleep deprivation. The effects of being sleep deprived sound gruesome, according to the sleep experiment. However, these effects are not as interpreted by that horrific story. With the causes, effects, and symptoms of being deprived of sleep at your fingertips, it'll be easier to address the problem for quality and a good night's sleep.

2 thoughts on “The Russian Sleep Experiment” 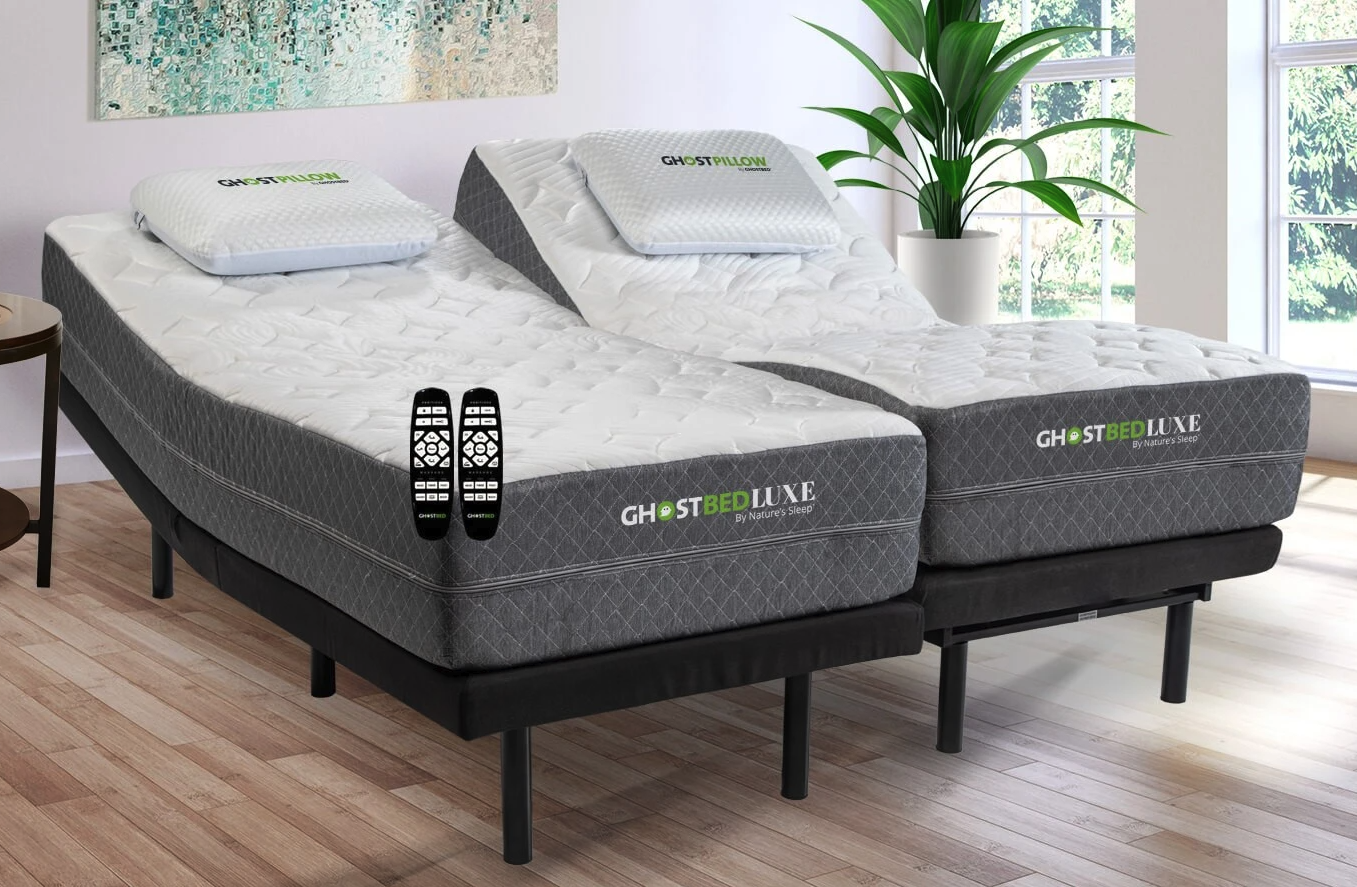